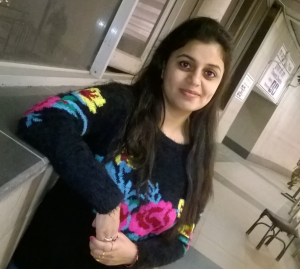 Meaning: As per section 406 of Companies Act 2013 ,“Nidhi” means a company which has been incorporated as a Nidhi with the object of cultivating the habit of thrift and savings amongst its members, receiving deposits from, and lending to, its members only, for their mutual benefit ,and which complies with such rules as are prescribed by the Central Government for regulation of such class of companies.

Applicability: These rules shall be applicable to-

(a) Every company which had been declared as a Nidhi or Mutual Benefit Society under sub-section (1) of Section 620A of the Companies Act, 1956;

(c) Every company incorporated as a Nidhi pursuant to the provisions of Section 406 of the Act.

1. A Nidhi company to be incorporated under this Act shall be a Public Company.
2. It shall have a minimum paid up equity share capital of Rs.5,00,000/-.

3. No preference shares shall be issued.

5. The object of the company shall be cultivating the habit of thrift and savings amongst its members, receiving deposits from and lending to its members only for their mutual benefits.

6. It shall have the words ‘Nidhi Limited’ as part of its name.

Post-incorporation requisite: Every Nidhi shall, within a period of one year from the commencement of these rules, ensure that it has –

(a) Not less than two hundred members.

(b) Net Owned Funds of ten lakh rupees or more.

(d) Unencumbered term deposits of not less than ten per cent of the outstanding deposits as specified in rule 14.

General restrictions or prohibitions—No Nidhi shall-

(a) Carry on the business of chit fund, hire purchase finance, leasing finance, insurance or acquisition of securities issued by any body corporate.

(b) Issue preference shares, debentures or any other debt instrument by any name or in any form whatsoever;

(d) Acquire another company by purchase of securities or control the composition of the Board of Directors of any other company in any manner whatsoever or enter into any arrangement for the change of its management, unless it has passed a special resolution in its general meeting and also obtained the previous approval of the Regional Director having jurisdiction over such Nidhi;

(1) A Nidhi shall not admit a body corporate or trust as a member.

(2) Except as otherwise permitted under these rules, every Nidhi shall ensure that its membership is not reduced to less than two hundred members at any time.