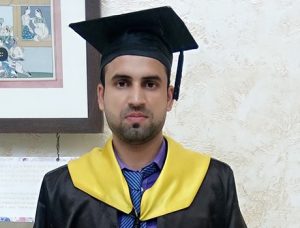 There was a time when corporates used to consider compliance of laws as a burden, gone are the days, now corporates consider it as its responsibility. In the past, there was not proper guidance system, due to which corporates couldn’t comply with regulatory requirements. But now picture has been changed and with the passes of time, guidance system has been developed. Now corporates are complying all the legislations applicable on it with the help of professionals and with the help of compliance tool/software available in the market.

Besides earning profit, the objective of organisations should be to take care of the interest of the stakeholders and to ensure the protection of interest of stakeholders, various laws are being implemented by Government. Complying with regulatory requirements should not be considered as burden rather it is a responsibility of corporates towards community and the society.

J R D Tata the Chairman of the Tata Group believed that, “to create good working conditions, to pay the best wages to its employees and provide decent housing to its employees are not enough for the industry, the aim of an industry should be to discharge its overall social responsibilities to the community and the society at large, where industry is located.

Laws are there to help the organisations to keep transparency and to get the contribution done towards the development of our nation. In this direction, Government of India is trying to make the Indian legal system more flexible and simple. The Central Government’s resolve to bring reform in the legal system of the country, to make it more accessible to the common man and to imbibe the principles of rule of law, has inter-alia, and began with the review of enactments which are obsolete, redundant and unnecessary. In fulfillment of this objective, the Central Government has undertaken a comprehensive review of laws and the legal system with a view to remove incoherent and redundant laws. A two-member Committee was constituted for review of obsolete laws for repeal. As per the committee India has total 2781 Central Acts lying on the Statute-Book as on 15th October, 2014 before two amendments came last year. Out of these 2781 Acts, Government of India has decided to repeal 1741 Acts. The Acts identified for repeal by the said Committee are categorized as-

If we talk about manufacturing company, normally more than fifty enactments apply on it and on the other hand, in case of non-manufacturing company it attracts generally more than forty enactments. Corporates are to take care of regular compliance of these enactments. History is witness to the fact that all the organizations which have been adhering to compliance are enjoying the top position in corporate world.