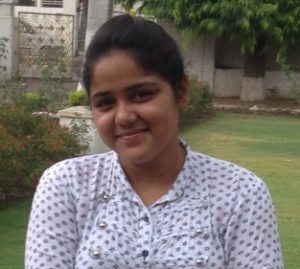 With the passage of “The Constitutional (122nd) Amendment Bill” in the upper house of the central legislature, we are ready to witness the biggest ever tax reform after independence. Though, still a long way to go but approval of upper house being considered as the biggest hurdle, has come out as a big sigh of relief for the persons in Center.

GST, which can be defined in general as the tax on goods and services other than on alcohol for human consumption etc. will subsume the central taxes like Excise Duty, Customs Duty, Service Tax etc, and state level taxes like VAT, Luxury Tax, Entertainment Tax, Entry Tax etc. This will lead to a uniform tax structure across the country.

The cap on GST rate is yet to be determined but it is expected to remain at a standard rate of 18-20%. With the implementation, benefits coming out of this transformation will not be immediate and initially it can be taken as a bitter pill. For instance, Services are likely to be taxed at a higher rate as compared to the present one & so will be the textile goods etc. But India being a notoriously cumbersome place to do business as can be stated analyzing its complex tax structure and its 157th rank in the World Bank’s latest survey of the ease of paying taxes in 189 economies, this uniform tax regime will definitely improve the conditions.

Non allowance of cross input credit between different indirect taxes in the present scenario leads to a cascading effect of taxes which eventually increase the prices. Where in GST single taxation system follows so cascading effect disappears from the picture to a very large extent. The same has been considered as the biggest and most significant outcome of GST. Following this, various other advantages viz reduction in compliances due to non-requirement of multiple registrations and tax payments will save the resources as well as time, Uniformity in law will minimize the interpretational issues and will increase the ease of dealing with tax issues.

Thus, the tagline given to GST by Mr. Krish Iyer, president & CEO of Wall Mart Stores Inc. India, as “A WIN-WIN LEGISLATIVE REFORM FOR ALL” is truly justified and in a nutshell it can be stated that GST will simplified the law and the impacts will be tremendous for everyone in the long run.