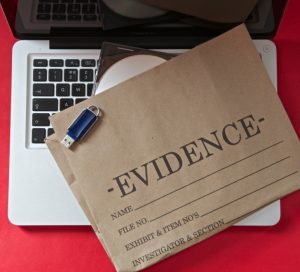 Here are some tips on how to make electronic evidence like recordings, emails and chats admissible in a court of law:

1. Preserve the original gadget: Keep the gadget with which you have procured the evidence in safe keeping. And produce it in court when the need arises. The possible gadgets are: For Pictures – the camera or the phone, for Audio recordings – the audio recorder, for chats – the phone or laptop.

3. Various formats of evidence: Any electronic record which is printed on a paper or stored, recorded or copied in optical/magnetic media shall also be considered to be a document, if the conditions mentioned in section 65B of Indian Evidence Act are satisfied:

a) The computer output containing the information was produced by the computer during the period over which the computer was used regularly.

b) During the said period, information contained in the electronic record was regularly fed into the computer in the ordinary course.

c) Throughout the said period, the computer was operating properly or, if not, then was not to such an extent as to affect the electronic record or the accuracy of its contents.

d) The information contained in the electronic record reproduces such information fed into the computer in the ordinary course.