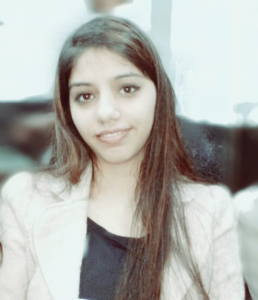 Bitcoin is a form of digital currency, created and held electronically. It is an electronic Cash System and a peer to peer digital system of payments and transactions take place between users directly, without an intermediary.  It can be used to buy things electronically. In that sense, it’s like conventional dollars, euros, or naira, which are also traded digitally. It is invented by Mr. Satoshi Nakamotoin October, 2008 and launched the network in 2009. The idea was to produce a currency independent of any central authority, transferable electronically, more or less instantly, with very low transaction fees.So, you are in control of your money with Bitcoin. It is often called Crypto currency and commonly referred to with the term like digital currency.It is the first decentralized digital currency.

Unlike usual forms of currency it is in a virtual form. It can be bought & sold offline and online. Directly from individual or at bitcoin ATM and buying on an exchange. Mining new ones is also another way to obtain bitcoin.

There are a growing number of businesses and individuals using crypto currencies like Bitcoin. There are quite a few advantages that make Bitcoin a one of a kind digital currency that has no likeness.Of course, because nothing is perfect, Bitcoin does have its flaws which are also required to be discussed.

While making payments with credit card or other modes of payments, payment reversal problem faced by many business but Bitcoin payments are irreversible and secure. As Bitcoin transactions cannot be reversed, do not carry with them personal information, and are secure, merchants are protected from potential losses that might occur from fraud.

A specific problem that an internet payment system must solve is double spending, whereby a user pays the same coin to two or more different recipients. The problem of course is the payee can’t verify that one of the owners did not double-spend the coin. To solve this, Satoshi Nakamoto used block chains. It is a ledger that is shared publicly where all transactions are recorded and the problem of double spending could be kept under check. Bitcoin also includes a multi-signature feature which allows bitcoin to be spent only if a subset of a group of people authorizes the transaction. This can be used by a board of directors to prevent any member to make expenditures without enough consent from other members, as well as to track which members allowed each payment.

Not only would it be possible to save a fair amount of overhead costs when employing Bitcoin or the blockchain, but it also increases transaction transparency and overall speed. It can be a substitute of Credit Card as the fees charged via making payment with the use of Bitcoin is 2-3% lower than the fees imposed by credit card processor.

Attacks by “cyber thieves” are becoming frequent with the passing of time and there have been many cases of bitcoin theft which also leads to a decline in the value of the currency.

The legal status of bitcoin varies substantially from country to country and is still undefined or changing in many of them. Since most jurisdictions have not made a decision regarding the status and treatment of Bitcoin in the economyany government might come around and declare it illegal, leaving the investors without remedy and helpless.

On December 24, 2013, RBI issued a press release cautioning users, holders and traders of virtual currencies (VCs), including Bitcoin, about the potential financial, operational, legal, security related risks that they are exposing themselves to. RBI mentioned that it has been looking at the developments relating to certain electronic records claiming to be “Decentralized Digital Currency” or “Virtual Currency”, just like, Bitcoin, litecoins, bbqcoins, and dogecoins etc.

In India BTCXIndia and Coinsecure are the fastest growing exchanges in India to buy and sell Bitcoin. Unocoinis a web service provided by CoinMonk Ventures which aims to provide simple, safe and secure way of buying, selling and storing Bitcoins in India.

Bitcoin is still developing. It has some incomplete and new features, tools and services which are need to be developed. Fact is many people are still unaware of digital currencies and Bitcoin and they need to be educated about it to be able to apply it to their lives. Most of the businesses are accepting it because of various advantages.

In November 2014, Zebpay was presented to group of bitcoin angels at Vegas and among 20 companies present there, Zebpay was selected as the number one company which carried the potential to become unicorn. Zebpay currently has a total of over 50,000 users, who use the app to buy, sell, store and spend Bitcoins.

Infact, Cloud-based financial trading platforms are becoming a new emerging trend, and Uphold is one of the frontrunners in this regard. Now that the company has partnered with YES BANK, they can offer their trading services to customers in India as well.

However still we don’t have any regulation to monitor or manage such companies in India so it pertinent to weigh the pros and cons of such digital self proclaimed currencies.